Those Three Words...My First Time Ever Hearing Them... 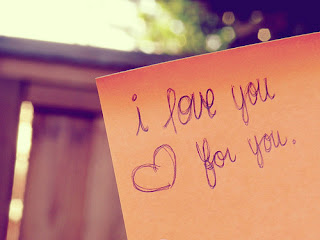 Sometimes people tell you things while they are living in that heartbeat of the minute. It might blind-side you to laughter, tears, smiles, or even the look of shock. At some point at the concert last week I looked up at CJ with his arm around me & asked him, “Do you still like me now that you know what type of music I like?”. I expected a look & the eventual yes. I didn’t get that answer. I got this:

“Melanie, I fucking love you.”
My eyes went wide . I’ll admit a secret to you all. I’ve NEVER been told that before by any boyfriend or lover I’ve ever had. The Mess one day said, “I love you too” without me saying it first so that doesn’t count. In the 7 real years I’ve been truly dating those 3 words always escaped the situation. I once said it to an ex but then got the sound of crickets. BUT in the beginning of my 25 years I actually found someone who loves me. So I thought...

Later that night CJ was acting weird. Before we went to bed he then told me he had a confession to make. I freaked. I thought he was going to tell me he saw me talk to the Mess, but no it wasn’t that. He was squirming for the words. He told me he was scared to say this but then admitted he told a Lie. The words left his mouth a lil shakily.

This is what I was used to. A million thoughts raced through my head in the moments. Maybe some more time we will love each other or what did I do wrong or…or maybe…or maybe…BUT he wasn’t finished. He continued…

“I think I’m madly in love you.”
I hugged him & said, “I love you too.” I think I do love him. Wow yeah. I think I do. I feel like such a fool that I put up with other guys crap hoping they would love me if I stayed around. Sad I know, but I learned. But now I’m in unchartered territory for me. That word, “Love” has never been an equal factor in any of my relationships. He loves me. Wow. I was wondering how or what would happen that would make one of us said it. Now all he does is say it & I say it back. 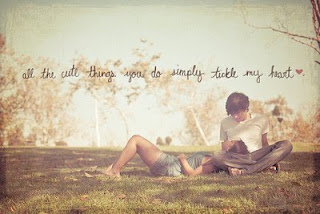 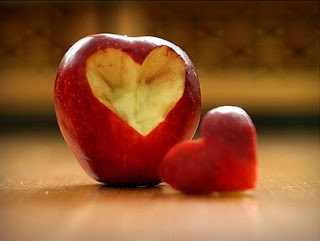 The winner of my Mini Random Giveaway is: #10: ANGIE from Cinema Obsessed!! =) Email me when you get a chance so I can send it out too you! Thank you everyone! New Giveaway soon! =)
Posted by Melanie's Randomness at 10:35 AM

Email ThisBlogThis!Share to TwitterShare to FacebookShare to Pinterest
Labels: moving on, relationships

Awww that is such a sweet thing..I am so glad he said that!!! I was worried there for a sec...hahah...Awww I am so happy for you both:)
Have a lovely Thursday.sweetie

Awww!!! IT feels good to hear it right? I'm glad that you get to feel what real love feels like because I read back on a lot of your posts and you went through some crappy things.
Love is wonderful :)

you wrote this so well.

and then I was like.. "i can't believe he just said that."

and finally I was like..."awwww- best story ever."


I'm sincerely happy for you!

oh i am so happy for you! being in love is great and you give me hope:)

aww that's nice that he told you that! It must have been so special :D

oh wow.. this is the sweetest thing ever. you write so well. i can envision the two of you while reading this. :)

So sweet! I'm happy for you. Love is a great thing.

the funniest 'i love u' story was i was in the car with 'him' and he sayd 'god i f'n love u' .. it was one of those "slips" - i pretended i didn't hear him and went on with the conversation .. haha

I'll slap him silly if he breaks your heart. He'd better stay the course and fly right.

this is fantastic! you deserve it! so does he! say it often! show it all the time! this is good. real good. :)

aw lady, congratulations!!! that's a big BIG deal and hearing it the first time is always the best.

aww this post is so sweet, so glad you've found a guy who truly appreciates you and loves you

Congrats on the love. This one sounds like a keeper. Your lucky youve found a good guy. Sadly Im still looking but eventually something good will come my way.

Very adorable post. I heard those words before and then I realized how insencere they were. But im happy for you : )

OMG we are so FREEKING excited!!!!!!!!!!!
I was sitting here reading and asked B if he had read your post and he said "no" so I read it aloud to him and we both ended up in tears... tears of happiness for you of course.
Ever since we first met you, we've been hoping you'd find someone worthy of you. And it looks like you have. I can't tell you how happy and excited we are for you both.
As one who is completely, madly, hopefully in love with my hubby, you just can't beat the feeling ... and it gets better all the time. WOW!

Mel, I know Sandy's writing pretty much what I want to say. But I want to tell you how crazy-happy I am for you. You MORE than deserve this love and happiness, you've gone through a lot but never settled for less than you deserve.

Although in a different way, know that we love you too!

Awwwwwwwww <3
THAT'S SO SWEET MELANIE!
I don't even know CJ and I love him FOR you! He sounds like the PERFECT guy for you! :D

Omg Mel..That is soooo sweet!! You sound so happy, he sounds like a great guy! Just enjoy it!

Mel, that's awesome and so sweet.

Awwwww! This is so unbelievably sweet! I'm so happy for you, Melanie! :)

Ohmigosh Melanie this is the sweetest thing EVER! I'm so incredibly happy for you!! :)

awww!! seriously this was so sweet! i'm so excited for you!!! i hope you and cj continue to be super happy together!

How absolutely sweet. This post almost brought a tear to my eye. And ohmygosh my heart almost stopped when I read he said "I don't think I'm in love with you." LOL! What a sweetheart. You're a lucky girl, Mel. xoxoxo

I'm so happy for you!