It's always a nightmare, never a dream...it's been so long... 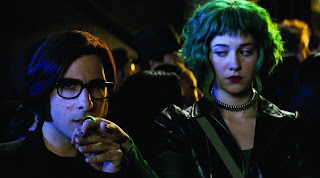 "...feels like pins & needles in my heart...I can feel it tearing me apart..."
-The Birthday Massacre, "Pins & Needles"
The concert was the dream, but the memory that I ran into was the nightmare. The band played on Friday night perfectly & the crowded room was just too dark for me to see clearly ALL the people in the ballroom. The band stopped & the sea of goth/punk kids parted & there he was. My ex, the Mess. He had told me about the concert because he knew The Birthday Massacre was my favorite band & I even had introduced him to them. I don't know why I thought he wouldn't be there. I guess I was foolish.

Two girls surrounded him. One I reconignized from another concert, the other I didn't. However neither girl was his girlfriend. So the girl he chose to be with doesn't even go to concerts...what the fuck? Well the lights came on & I saw him & I froze. CJ could instantly tell the difference in me. I played it off that I was nervous that the band wouldn't remember me. I KNOW that Mess saw me because the ballroom was clear except for some few people standing in mini clusters. He didn't even have the guts to come over. 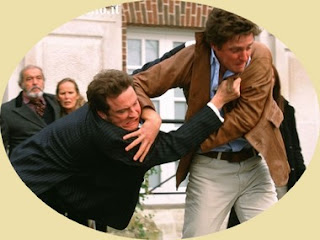 I panicked because I didn't want CJ to meet him. The fear of the two men who smashed my heart & then the one who repaired it coming to blows terrifies me, I'll admit. It would be like that scene in Bridget Jones Diary where Mark & Daniel Cleaver fight maybe? Ahhh..The thoughts ran through my head of what to do if the Mess came up to me. After a while I gave up & realized I should just let it go & not talk to him. THEN the tables turned.

CJ left me for a brief moment. Just a moment. When I turned to my left I saw the Mess standing not 3 feet next to me. He knew I was there because when I poked him he slowly turned to me & pretended to be shocked to see me. He looked like hell. He hugged me & I felt nothing. I looked at him & the anger was all I could see. He has replaced me in every way, he even got new people to take him to the concerts. I used to take him...no more tho.

We did the typical how are you's? He looked nervous for some reason. But then the Mess had to leave & asked me if I needed a cab back to a train or bus.......This was the most rewarding thing I could have ever asked for. I replied...

"Oh my boyfriend drove me. I don't need a cab."
The Mess went Ohhh & then turned to leave with the replacement friends. It felt so good to watch him leave. He used to tell me it would be my loss if I left him. Nope it's his loss that he doesn't have me. I'm so proud of myself for being the bigger person & poking him. I wasn't going to pretend that I didn't see him. I'm not that type of person. He's a monster because he told me I didn't phase him anymore yet he's still doing the things I introduced him to. It makes no sense & it probably never will. Somewhere in my heart it will always sting, but I hope in time that'll fade away.

As I watched my past walk down the NYC street, my future walked back to me. Like magic my CJ returned to me moments after the Mess left. I couldn't have planned it any better. I gave CJ a big kiss when I saw him & told him I was so happy to see him. He returned the kiss a lil harder & I think I fell in love in him at that moment. I let out the breath I didn't realize I was holding. I got my autographs & CJ & I continued on our night. 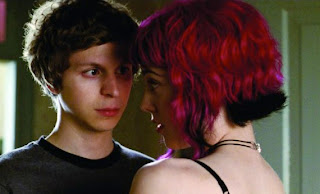 Things work in mysterious ways. The Mess doesn't phase me anymore & that is a wonderful dream come true. So the story goes...it makes you wonder...
Posted by Melanie's Randomness at 12:33 AM

Love this! I'm proud of you for handling it this way Mel, even happier that you have someone who cares for you and treates you well. You so deserve it.

Eeeeeeek, darling!
Hate those run-ins with the ex, don't you?

Oh dear don't give exes the time of day.

Good I am glad yo didn't pretend not to see him. I am glad this time you had the strength to face him.

This post is much nicer to read than the night you walked out of the bar in a panic attack. It will get easier and easier from here with or without CJ to stand up to the Mess.

Typically I would say that run-ins with the ex are atrocious; regardless, this is one run-in that I think you needed to encounter. It's as if a weight has been lifted off of your shoulders, you could say - I'm so glad that things are goign so well for you, Melanie!! :)

You should be very proud of how you handled the situation. Good for you!

I think you handled things well. Good for you! I think you're ready to move on now!

I think u handled the situation perfectly! And I'm glad that thinks worked out so perfectly with CJ coming back to you at just the perfect time :)

Don't you just love when karma works out like that?! Glad to hear you were able to rub the boyfriend in his nose... and time really does heal the broken heart. :)

good on you babe for handling the situation like that.

Thanks for regularly checking the blog love.

Yay, that's so awesome. I'm glad you were able to confront that and see that it's definitely in the past. xx

I so love this post!!! Well done to you,sweetie
Im so glad that its all over and that you feeling great after seeing him:)
Happy Tuesday and have a lovely day
Btw: when are you moving to your new place?

lol hate running into exes. so awkard all the time. but love it when you're doing better than they are! ha!

my past walked down the NYC street, my future walked back to me!!! that is so perfect! i am so pleased for you!

and good riddance to the mess, and embrace cj all the way! but i don't have to tell you that! :)

Wow talk about uncomfortable! One of my fav bands is actually my ex's fav band - he introduced them to me. They are from Jersey so I only get to see them once a year if lucky, so I never miss a show. We both know we are going to see each other every time too :( I always talk to his friends but we never do. So mature of us, right? ;)

I'm so happy for you!! I knew this day would come! And I knew it would feel great for you, despite the awkwardness.

Now the Mess is behind and nothing but happiness is up ahead for you. Soak in pleasure. Enjoy it. You are free. :)

Dude, I'm so glad things worked out for you so well, girl! It makes me happy! :D

Way to go Mel! Do you feel like you've turned a corner in your life? So proud of you!

I'm so glad you had the opportunity to come face to face with him and feel NOTHING. It's such a liberating feeling to know that someone who once held so much control in your life now has NONE, and that instead of being sad, you're ecstatic.

That's a great night Mel, happy to hear about it. You definitely were the bigger person. When you look back on these things years from now they will seem trivial trust me! The important thing is that it didn't hinder you from seeing the concert!