This is just how small the world really is... 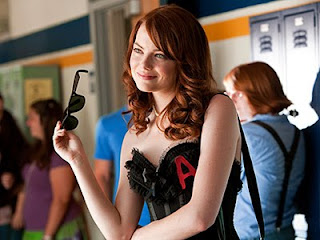 There is a saying that goes, "Wow what a small world" because there are everyday coincidences that will make you look to your left & make sure there isn't a camera rolling or a script in your back pocket. There is soo much truth to this saying that it's almost ridiculous in my case. One such coincidence starts with a girl by the name of Fiona that I think her & I are accidentally following the same boy train. There is over 200,000 people in my county but somehow her & I find the same losers. Well she's still stuck with the losers & I got my winner CJ. hehe. I'll explain.

This girl Fiona dated the Mess, my horrible ex. She also dated a guy by the name of Damien & a guy named Rob. Oh did I mention all 3 men dated me or tried to date me? Damien one day told me that Fiona & I looked alike. No we don't. She's got black hair, blue eyes, & weighs about 100 pounds because she does alot of drugs. I have brown hair, brownish red eyes, & weigh about 165 pounds & doesn't do drugs at all. Similar? Not really. The only thing that's similar is our height I guess. BUT what's the cherry on the top of us dating the same guys...she is now with the ex New Guy I was trying to date last March. What the hell?? Does anyone else think this is weird??? All the same guys? Weird?!?!?!

The funnier part is that Fiona & I aren't even friends. We did go to the same high school together but the times we've been in the same room over the past 10 years I think has been 2-3 times without ever speaking to each other. But I know that she is a bit trashy. If I was nice I could warn the ex-New Guy that she is not someone he should be around or warn her that he's awful but maybe they can be awful to each other & make it work. Who knows? lol.

I'd thought I'd share this lil drama because I thought it was funny. 2 girls who barely know each other have each dated the same 4 guys. Weird?!?! I don't even know if she is aware of it too. Maybe I'll tell her one day...maybe not.  I think I need to move to Guam. No seriously, where I live is too small of world.

Do you know of any weird coincidences you've encountered lately? I'd love to hear...
Posted by Melanie's Randomness at 11:45 PM

Email ThisBlogThis!Share to TwitterShare to FacebookShare to Pinterest
Labels: Drama

My best friend has a situation like that. This girl we both went to high school with has dated at least four of her ex boyfriends. We think she just likes sloppy seconds.

My life is full of weird coincedences! None as intersting as yours, though! Yes, definitely weird. Maybe she secretly wishes she was you. :)

...maybe she's like your Single White Female stalker (see that flick from way back when?)....

that is a bit uncanny! But you've finally found a keeper Mel whereas she's still bouncing around with all of the losers. You're much smarter than her

Wow. That was quite interesting. I can't think of any off the top of my head. I love that pic of Emma you posted.

huh. that's pretty odd. and how does one have brownish-red eyes?

ur SO right - that is some crazy coincendence! .. i'm sure if i thought about i would have some coincedence - oh here's one, i've had a shore house for like 15+ years, turns out like 20 people i know now live in or next town over from me .. not that it's "strange" .. but best i got @ the momement :o)

That is really wierd...A few years ago while on holiday with Balazs I met my ex with Balazs' ex...really!
Hugs and kisses,sweetie

Ps: Thanks so much for taking part in my GIVEAWAY!

Just stumbled onto your blog! It's so fun!

oh my, that is nuts!

ps stop by for an award!

Okay that is totally weird there has to be some more similarities? You obviously fall for the same guys better hold on to CJ and tell him watch out for her!

I know there have been a lot of coincidences in my hometown, I just can't think of any off the top of my head.

This is definitely a funny one, though.