What an intersting web we weave... 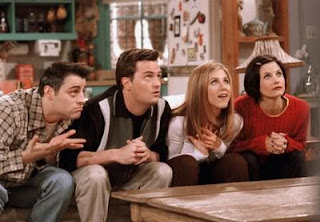 Often I'll compare my friends & myself because somehow we all wind up in similar situations at the same time. Life sometimes seems too much like a comedy movie ...except no commercials thank you god! We all had the "M" word for marriage come up lately & now it's another "M" word...Moving. But nonetheless it's interesting & actually it sorta sucks because we all maybe in the same playing field but NOT with the same equipment so we all never know what to tell each other. It's a weird predicament. Here are the players.

1.)Well for starters my situation is that I can afford to get a studio condo with 10% down then a mortgage. It will be a stretch but I have a job & have no problem keeping a close watch on my wallet for a lil while. It's a huge step for me & I'm now in a "Let's place a bid" war. It's new & fast but I hope I end up with it. I hope I hope I hope!

2.)Now my friend Debra is another story. She bought a condo without a mortgage so she paid it in full & does have rich parents but she currently doesn't have a job....Yeah. Her common charges are very high & she just moved in so she hasn't gotten her first electric bill yet. With no income I don't know how she's doing this. She is still straped to her parents in more ways then one. I keep telling her to go on a budget but she just bought an XBOX 360. I don't know what to tell her.

3.)My boyfriend used to rent but moved back in with his mom recently to go back to school. I commend him for that however his next move is going to be his "Family House" where he will live with his wife & kids so he's staying with her til then. Uhhh....yeah there has been some awkward conversations. I don't know what this is going to do to our relationship if I get my place....I don't know.

4.)My friend Danielle got a job in another state so she was forced to move & rent. It hasn't hit her yet that she's moved into a snow belt & is about 4 hours from her parents. Her boyfriend left his job so she's kinda supporting him right now too. It's different for her, but manageable. She's just got to pray her new job really works out.

Four characters in search of an exit it seems. We're trying as hard as we can to support one other anyway we can. All of this drama just to have somewhere to sleep. Yeesh. I've known some of these people 15 years, 7 years, & even in the few months I've known CJ you have to care. These are big life decisions & you need someone to hold the umbrella over your head when it rains. Who knows how it all turn out...but I can't wait to live it. 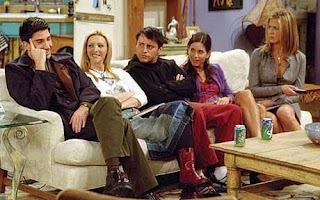 Posted by Melanie's Randomness at 11:55 PM

Email ThisBlogThis!Share to TwitterShare to FacebookShare to Pinterest
Labels: changes

sounds like amazing, and unforgettable times! hope you get your condo! :)

isn't the transition into complete adulthood insane sometimes? its such an amazing journey to see everyone around you blossom though! good luck with the condo and with every thing else!