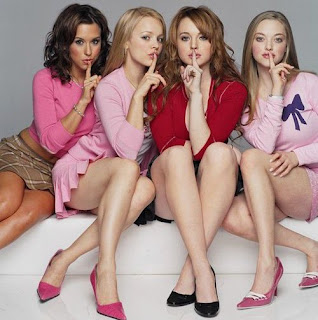 I’m all for airing your dirty laundry to your significant other because you never know when it will bounce back and bite you in the ass. BUT even with that said, there are things that I have never discussed with CJ. I haven’t exactly lied to him about certain people or events but I’ve most definitely withheld information. It’s nothing horrendous or life changing that I’ve kept from him…just a few minute details that are so minimal it doesn’t matter. Some I’m embarrassed about, like an ex-fling long before I met him, or my secret love for uncooked pie crust. I really should have told him about the ex-fling because the guy reared his ugly head when CJ and I first started dating but it was so in the past I didn’t care to mention it. I don’t think any of these things I’ve kept are groundbreaking…so no harm no foul.
However I do have two friends that have kept secrets from their boyfriends and I’m a lil lost at what to tell them. One friend I think she needs to tell her boyfriend that she has a darker side to her. She will put on this act of almost a “Stepford Wife” type and won’t let the guy see the real her. Well if she winds up this guy, eventually the real her is going to break through. I don’t think it’s fair to her or the boyfriend to keep up this charade. It’s almost like the guy would be falling in love with a fake…I’ve told her to let the guy into her craziness because it might make him love her a lil more. That is something I would tell the boyfriend…
The other friend it’s a lil more sensitive of a matter. She had gastric bypass surgery for health reasons and has decided to not tell her boyfriend until later in their courtship. I’m torn whether to tell her to tell him or not. I understand why she hasn’t told him, because it is a very sensitive matter and it’s almost like you have to come to terms with things yourself before you can disclose it to someone else. I was apprehensive to tell CJ about my breast surgery to remove the fibroids but I bit the bullet and told him. With my friend however, it’s a completely other matter. I think she does need to tell him one day and eventually I believe she will but I think she needs to realize it won’t change her bf’s view of her. He loves her to no end and worships the ground she walks on, so I don’t think it will affect their relationship. But it’s her choice and one I will be supportive of it as a friend. Once again tho, it might make him love her a lil more because she was so strong during the process…
When I tell CJ about past things, he’s very “Well I’m glad it happened because it made you into the girl I feel in love with it.”  He sometimes boggles my mind how he can be such a great boyfriend. Aren’t we all just people wanting someone to love us back? I think so…. 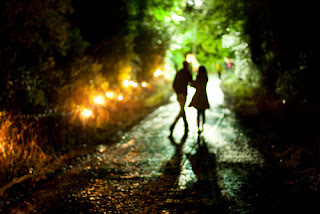 Source
Today’s Question:
What would you do? Have you told your Significant Others your past stories?
Withheld any Information….?
Posted by Melanie's Randomness at 4:48 PM

Ummm yeah, there is a big difference between withholding an event (such as a surgery) and withholding yourself.

I do understand your poor friend's hesitation to reveal her gastric bypass surgery, because that is something that is incredibly personal. I would probably not tell a boyfriend unless the relationship was absolutely serious and I could very well see it ending in marriage.

But your friend who has a darker side and doesn't show her true colors to her boyfriend...yeah, that is a disaster waiting to happen.

Do you remember my friend Kerrie? Well, my ex-bff, I should say. She pretended to be someone else for almost two years with her bf. She pretended to be a sweet, virginal innocent child who never cussed or said a bad word about anyone. (In reality, she's the exact opposite). It resulted in her having a nervous breakdown in front of him. That shit is serious. Trying to be two different people at once is asking for trouble. :(

“Well I’m glad it happened because it made you into the girl I feel in love with it.”

this is an interesting topic. i really don't think people need to tell their significant other stuff from their past (esp ex flings and stuff). it is the past and unless it is going to impact who you are with it doesn't matter. saying that it is important to be honest and be yourself, that is what counts.

Personally, my boyfriend and I are the over-sharing type. We know everything about each other's life that keeping either of those secrets are unfathomable to me. Surely the boyfriend could be a good support with the surgery and as for the pretending to be something you're not, I've never understood that. I even tell my boyfriend when I see someone hot or got hit on when I'm out.

I have told my fiance EVERYTHING! But it wasn't like it was date #1 and I just rattled off it all. I think over time certain conversations lead into certain topics and honesty is always the best route. It really just shows that you are completely open and makes your relationship even stronger. Also, if he was to get upset ... then the relationship would need to be re-evaluated because if someone can't love your flaws then they don't really love you.

Great post. I added a blog roll to my blog and you're on it.

I think it is important to let your significant other know the real you because if you can't be yourself with them eventually... who can you be yourself around? But it is always good to keep some mystery about the small things...

Hey love! I agree with Jennifer a few comments up! I think the surgery info is something she can disclose when the time is right! You don't want to share all of your personal info right when you start dating someone anyway. When you let them closer to you and feel more and more trust, you will know when the time is right. I don't understand the other situation or pretending to be something your not. My husband and I have always shared everything and it has resulted in the most trusting marriage. I was actually asked by the Padres baseball team to come hang out with them after an event and share some drinks. I actually called my husband on the phone and asked his permission, and you know what? He said yes! He totally trusts me and he respects that I ask him. He knows that I told them that I was married and that I would never do anything to cause him not to trust me. I feel like we are a bit special though!