Too Many Elephants in the Room... 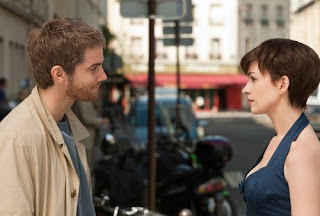 Hurricane Irene brought me a power outage and hours of me alone with myself. I honestly don’t know if that was truly all that healthy because all I did was think and I got so upset with everything that I spent an hour an a half crying in the dark by candlelight. It’s not as cool as they make it sound in the emo songs. Not at all.
In the past few weeks I’ve had some great moments with my boyfriend, that truly have made me happy. But then something changes or something happens and I get so pissed at him but usually I calm down. This weekend I could not calm down my anger. He said he was sorry but I couldn’t open my mouth to accept. We are starting to get a few elephants in the room that we are not talking about it and I’m starting to feel the strain. One elephant is religion. Yeah, didn’t see that one coming. We are seeing opposites on what we want our kids to be brought up as if we stay together even tho we both follow Christianity to some extent.  Another elephant is that he’s too competitive and I just want to have fun playing. It isn’t fun when someone is beating you at the game constantly to the point where you can barely play back. Then there is the Wingman shit that I hate and he knows it. It truly is his friends fault that they want him to be a wingman because he’s a safe guy to do it cuz he has me, but somehow I don’t see it that way and I feel like an idiot letting him do it. One more elephant is that his friends are all single and I think he feels like if I come around it’ll cramp his style or the guys won’t call him cuz he’s not single or something along those lines. He made a quick comment that he doesn’t think I’m badass enough too that got under my skin. Even just these elephants are making it harder to breathe in my lil studio.
People keep telling me to march time in the relationship that it might just be a phase with him and even CJ himself said the hanging out in the bars with his friends is a phase but the phase has come back and I miss my boyfriend. I don’t want to have to occupy myself on Friday and Saturday nights or sit home the next night with him because he was out partying too much with his friends. I don’t care if I don’t see him at all during the week I just want to see him on the weekends because that’s when I feel most lonely in my life. Perhaps it’s an only child thing…the loneliness. It crept back into my life in the dark like a snake. The candles were not enough light to keep it at bay.
I’m torn by marching more time or telling him we have to talk about these things because it’s eating me up inside. I’m scared to talk about these things because I know it will tear us apart for a good. I’m hoping once again we are just having a “Pina Colada” song moment where we are losing who we are and need to remember we do like doing things together. I wanted to make plans to go to a NOFX concert that I know he loves but he was like “Meh”. Why meh?? He should be all up for it but he wasn’t. If it was one of his guy friends suggesting it, I feel like he would have been all gong ho for it. But not when I suggested it. Grrrr.
I’m going to see how this week goes and I guess march some time. Maybe I can get the power back on in my relationship as it eventually came back to my place. I hope… I'm so sorry to hear that you were affected by hurricane irene and also about your thoughts about your relationship/bf. Personally, i think it's worth talking a serious talk to him and tell him how you feel. Hope it will all work out.

I think in any relationship, you have to be true to yourself, and about what you want. I am in the same place with religion and the guy I am seeing, too. We don't believe the same, and I'm afraid of getting much closer because of this. IT's hard, this relationship stuff!! I hope you can talk it out and find a solution that makes you happy. Thinking of you, sweetie.

You really should tell him how you are feeling about these things. When you aren't honest about the things that bother you, they build and fester and eat away at you until the combined pressure is too much and you crack. He may have no idea how much these things have been bothering you. It's a good idea to get it all out in the open, and let the cards fall where they may.